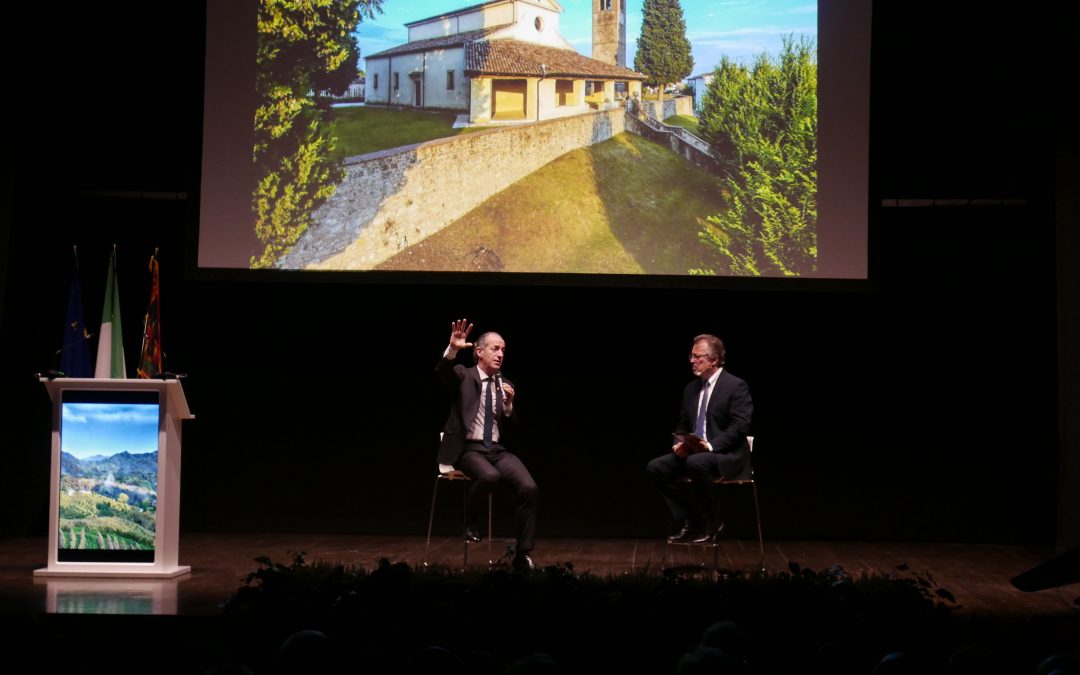 The art of the master glassmakers and artisans of the island and the Vetro Artistico® Murano trademark were protagonists during the conference “Le Colline del Prosecco di Conegliano e Valdobbiadene: prospettive per il territorio” held on 20th October in Pieve di Soligo ( TV). 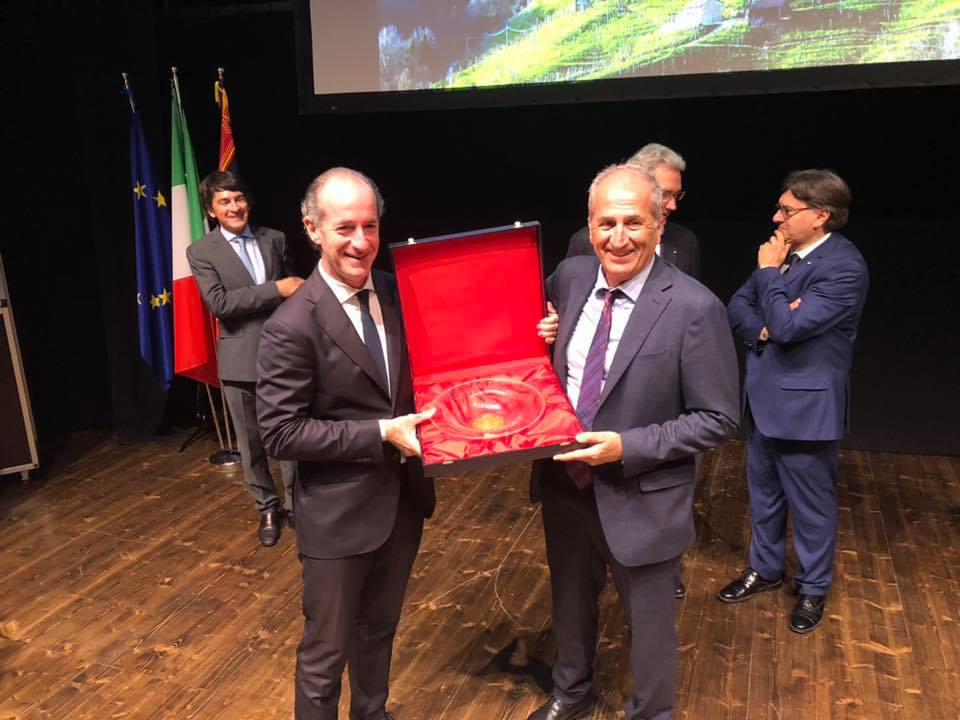 The conference brought together mayors, administrators, producers and citizens of the 29 municipalities of the area involved in the UNESCO site in order to reflect on the opportunities and responsibilities of becoming a UNESCO site.

However, the artistic Murano glass also played a leading role during the visit to Cortina by the Sports Minister of the People’s Republic of China, Gou Zhongwen: China and Italy will host the Winter Olympics of 2022 and 2026 respectively and the visit was an opportunity to honor the minister with a fine glass in Vetro Artistico® Murano. 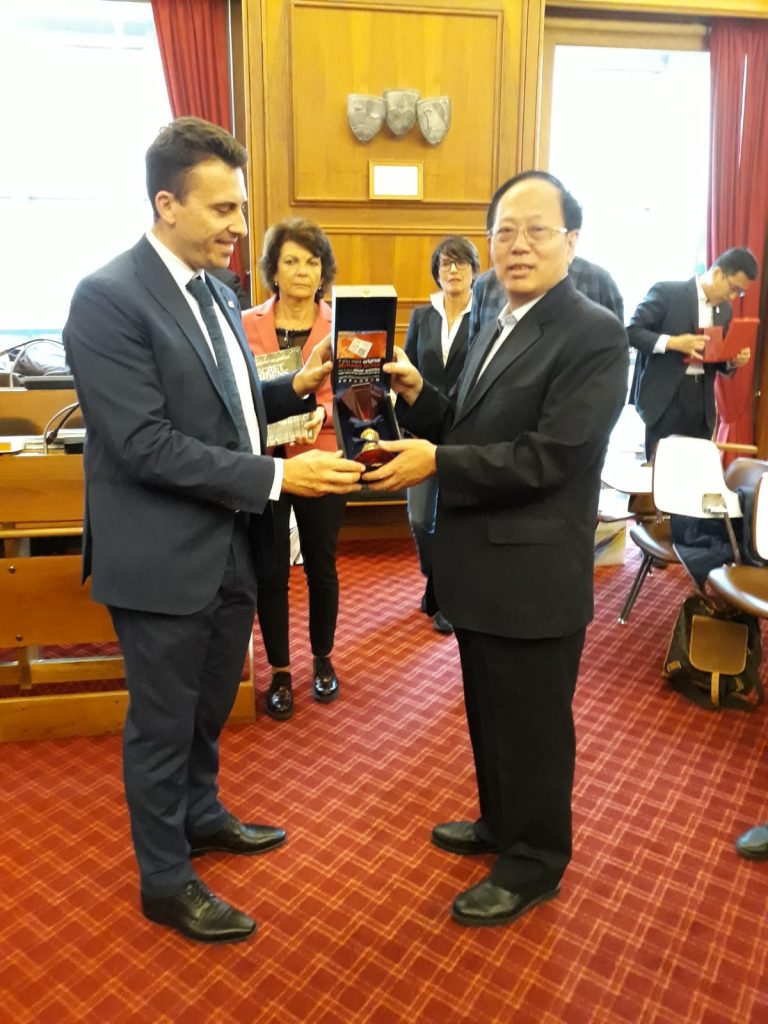