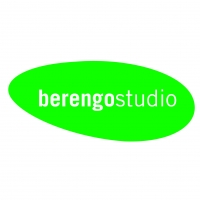 Berengo Studio was founded in 1989 by Adriano Berengo. Since its inception, its goal has been to introduce international contemporary artists to the world of glass so that they can work with master glassmakers to translate their art into the three-dimensional language of glass paste.

The artists who work with Berengo Studio do not typically work in this medium, but come from the world of fine arts, and it is for this reason that their approach to this new medium always leads to original, more liberal interpretations of the possibilities of this material.

This is why Berengo Studio represents one of the most innovative experiments in the use of glass to express the artistic demands of contemporaneity.

During the 1980s and 1990s, its founder Adriano Berengo invited the first artists (from northern Europe and Italy) to experiment with glass. Working with the master glassmakers, many of them began translating their generally pictorial works into glass sculptures.

Berengo Studio’s cultural plan endeavors to free glass from its simple functionality and from the largely decorative tradition of Murano, making it a dynamic material for works of contemporary art.

Over about twenty years, more than 200 international artists have come to the Berengo furnace to create glass works and to help bring to fruition this ambitious cultural project.

Today, Berengo Studio boasts numerous collectors around the world and over 11,000 international contacts, and has galleries located in Venice and Tokyo as well as on Murano.

In 2001, an old, abandoned furnace from the early twentieth-century on Murano was converted into an exhibition space dedicated to contemporary glass art.

Berengo Studio has organized numerous personal and group exhibitions to promote artists and their work, working in partnership with major international cultural institutions.

In 2009, Adriano Berengo kicked off a new cultural project: Glasstress.

It is periodic, traveling exhibition that, because of its high cultural value, was one of the collateral events at the 2009 and 2011 Venice Art Biennials.

In 2011, the exhibition traveled to Riga, Latvia, Stockholm, Sweden and New York, USA. It is currently at Beirut Exhibition Center in Beirut, Lebanon.

With this project, Murano glass has now definitively established itself in the world of international contemporary art. In 2009, works in glass by 54 established artists were presented, including ORLAN, Rauschenberg, Kosuth, Penone, Man Ray, Kiki Smith, Fred Wilson, and Jan Fabre. In 2011 the exhibition was opened also to up-and-coming artists and to designers, following a trend to mix creative disciplines. Among the participants were Atelier van Lieshout, Atelier Ted Nothen, Tokujin Yoshioka, Patricia Urquiola, Thomas Shutte, Erwin Wurm, and Zhang Huan.

All fields are required.